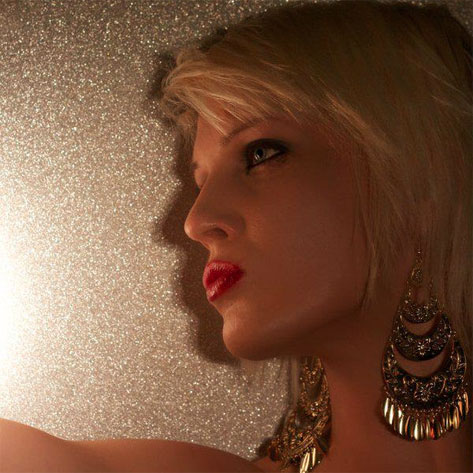 Soulpersona has quickly solidified himself as a SoulBounce fave with his productions and remixes that have us grooving, soul clapping, and/or working up a mean sweat -- often all at the same time. He's not alone, taking vocalist Princess Freesia along for the ride on his Soulacoaster and most recently on their funkdafied concept album, The Lapdancer. With SoulP behind the boards, Princess Freesia is prepping the release of her proper debut album, The Rainbow Ride, later this year and giving us a primer of what we can look forward to by taking us back in time to her early work on The Hoxxxy Demos. Recorded over an eight-year period, the songs that make up this collection are actually what caught Soulpersona's ear and put him on to Princess Freesia in the first place. These demos were too good to keep under wraps, and through his Digisoul label co-owned with this brother Tukka, SP has released this Princess Freesia "prequel" for our enjoyment. Enjoying it I am -- from Freesia's soulful vocals to the sexy, funky, and eclectic musical vibes. I was already a fan, but this release just solidified it. Listen to the seven-track album sampler after the bounce led by her cool-yet-hot interpretation of the Isley Brothers classic "Between the Sheets." Should you love what you hear as much as I do, then pick up the entire 14-song project on iTunes.
Center