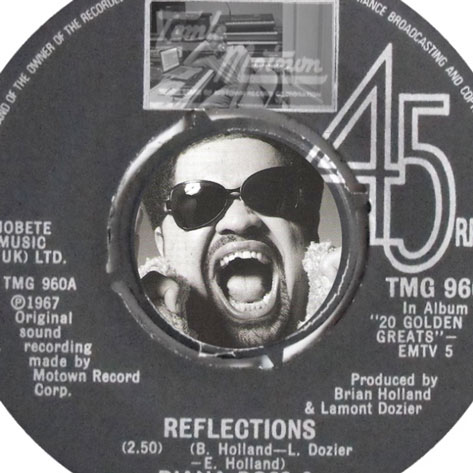 I love when an artist keeps me on my toes and keeps me guessing about what they're going to do next. SoulBounce fave Ahmed Sirour is such an artist, and trying to put him or his music in a box is an exercise in futility. He may jump from one genre to the next or from remixes to original compositions, but one thing is consistent -- how good his creations are across the board. His winning streak continues with his latest endeavor, a mashup of Heavy D's "Nuttin But Love" and Diana Ross & the Supremes "Reflections" on "Nuttin But Reflections." Yes, it may sound crazy on paper, and I have no idea where the inspiration for this even came from, but it works. Classic soul and hip hop have long been happy bedfellows and the combo platter of Hev's rap about a golddigger with Diana's wistful vocals about a lost love is quite a cozy one. This is pretty genius if you ask me and hopefully not the last mashup that we'll hear from The Heavy Supremes courtesy of Ahmed Sirour. Ahmed has a limited number of freebies up for grabs, so get yours while the getting is good!