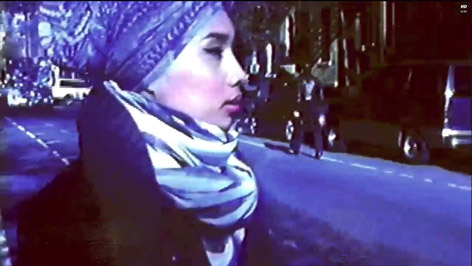 Yuna Zarai, the sweet, soft-spoken Malay singer-songwriter first introduced to us on the Pharrell-produced "Live Your Life," a two-ton feather of a song reminiscent of the Neptunes' late-'90's work (I say "Pharrell-produced" because at this point, we all know P. only bothers to pull a Weekend At Bernie's on Chad's corpse come N.E.R.D. promo time). With her languid coos over the mellow beat, evocative of the Star Wars Cantina Band if the story took place in the submerged city of Atlantis, she's kinda hard not to like.

And it looks like the folks at Last Call with Carson Daly like them some Yuna, too, giving the
singing law grad some love in a three-minute profile piece. In the clip, Yuna
talks about the journey that led her from
to  and uses acoustic versions of singles "Live Your Life" and
"Decorate" to show her true vocal chops.

Her sound is interesting, and her voice is lush, if somewhat familiar. But what I
find especially significant about Yuna is her look. As a stylish, contemporary
artist who wears the hijab, she is like no one the Billboard charts have seen
in recent history. From shot to shot, she is shown in full makeup, her hair
hidden by one visually arresting headscarf after the other, we are silently
told that the garment we so often describe as oppressive in tones of paternalistic concern, are to this young lady a means of self-expression. This is
significant because, years after clueless hipsters appropriated the keffiyeh
with little understanding of its significance, a Muslim pop singer is taking
the stage -- neither victim nor activist, without even the convenient narrative device of a revolutionary musical contribution -- and letting her talent do the talking.

Sure, it would be great if she treated us all to some meaningful
lesson about what the hijab means to her, and why an absolutist view falling on
either side of the debate is demeaningly simplistic, but for now she seems
content being just a chick who sings really well while happening to wear hijab. And if,
in Jay-Z's mind, his ubiquity helped usher in the nation's first black
president, then surely Yuna's achievement in the form of sheer visibility is something
worth celebrating. 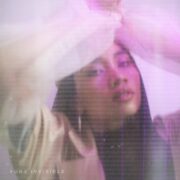