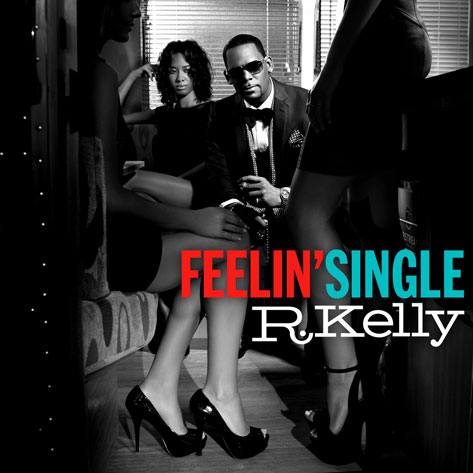 Just a couple days ago R. Kelly made my side-eye roll when he posted the video for the song "It's On" featuring Ace Hood and DJ Khaled onto YouTube. That song and video finds Kelly putting the R in "ratchet" with a return to his Skeevy Wonder ways that I had hoped he had left trapped in the closet with Love Letter getting such a strong response to warrant a second album in that vein with the impending release of Write Me Back. However, that's only half of the story that Kelly will be telling this year with another album, Black Panties, also coming down the pike. While I don't think that my ears will be trying that particular pair of panties on, I am extremely interested in Write Me Back, especially after now hearing the album's second single "Feelin' Single." This is a straight late-'70's/early-'80's R&B groove with a catchy time capsule of percussion, synthesizers, bass licks, horns and R. Kelly even releasing a Michael Jackson-ish yelp at the top of the track. Kells' lady might have kicked him to the curb, but he's now single and ready to mingle. This song just makes you want to jump on the dance floor and "get it, get it" like Kelly commands.