In Defense Of Raunchy Music 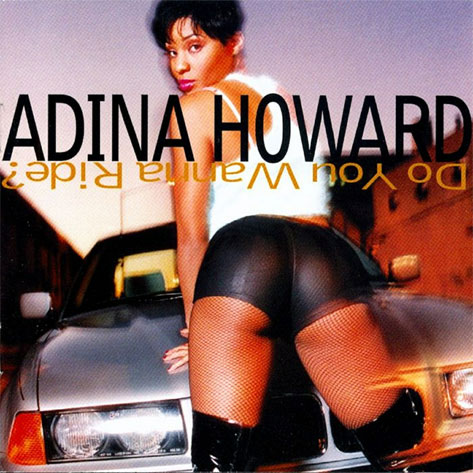 Do you know how good feels to free yourself from the expectations of others? It's the feeling you get when you let your locks down and blast Shyne's "Bad Boyz" on a sunny day in your suburban neighborhood with a business suit on. It's the sensation you get when your freak flag raises to full mast after hearing Khia's "My Neck, My Back (Lick It)" in the club, or realizing how sexy Plies is when he promises to drink Kool-Aid off of your body in a song. It's the feigned shock of listening to Bootsy Collins talk about "busting" in the live version "I'd Rather Be With You." That, my friends, is bliss.
Center

In my opinion, everyone deserves that type of release. Given the quickness by which people are judged these days it has become too easy to limit others by how we think they should operate based on our own assumptions. This can feel claustrophobic to me, especially as someone who gets categorized as a member of the "natural hair mafia." I put my panties on one leg at a time, I bleed red blood, and I love like anyone else. And yes, from time to time, I like incredibly naughty, filthy, flat out wrong music. As Damon Young of Very Smart Brothas puts it:

"I've stopped trying to explain how the misogyny, nihilism, and overall misandry present in much of popular rap -- even rap made by "conscious" artists -- is just some sort of postmodern social commentary reflecting on the trials and tribulations of post-industrial inner city society and finally admitted to myself that I just happen to like some ignorant-ass, vulgar-ass, violent-ass music that's ignorant, vulgar and violent for no reason."

I figured this double consciousness of sorts, of being both highly intelligent and musically vulgar, was a phenomenon that was more wide spread that I'd given it credit for. Yeah, people love to bag on the overt sexuality in music today (I'm a culprit myself), but it's foolish to think that musicians from previous eras weren't covering explicit material -- oh, hey, Prince. But what place do freaky jams play in our lives? Should they always be relegated to the spaces where hoodrats and antelope play? Do they have any real value?

I asked my Twitter timeline, which is mostly comprised of lawyers, educators, technologists, and business folks what their all-time favorite freaky jams were, and the responses were bountiful. There were nods to Algernod "Plies" Washington's body of work, David Banner's "Play," Riskay's "Smell Yo' D--k," the Ying Yang Twins' "Pull My Hair," Adina Howard's "Freak Like Me" and Trillville's "Some Cut." Perhaps the best loved dirty song was Akinyele's "Put It In Your Mouth," which I learned through one of my tweeps was sampled by India.Arie for her uplifting song "Video." And further research revealed that Akinyele himself had sampled the guitar melody from Brick's "Fun," which I am quite sure was probably a sly reference to adult fun, if you catch my drift. In the great circle of musical life, a healthy balance between sensibility and sexual tension is key.

Sometimes the stress of spreadsheet jockeying and form-pushing can be soul-sucking, and it's necessary to tap into your wild side. To me, raunchy classics blend comedy, sex and lyricism in a way that is so satisfying. A dose of ignorance can be just the pep you need. Maybe we should all stop being so tense and let that Passion Booty play.

So, SoulBouncers, let your inhibitions down and let us know some of your filth, flarn, filthiest favorites in the comments.