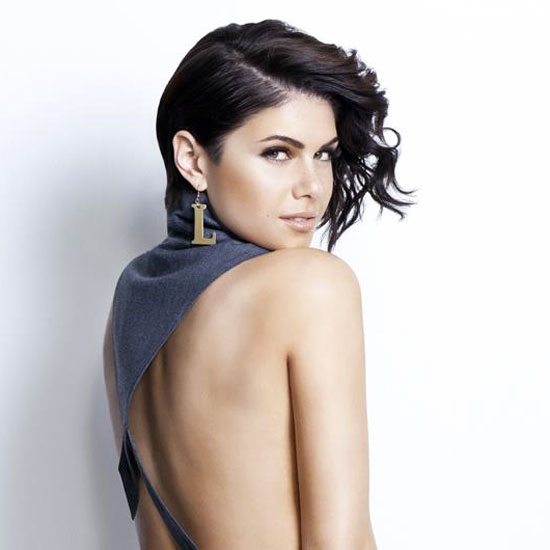 It hasn't been quite two months since we introduced you to songstress Leah LaBelle with her infectious single "Sexify." Since then, it seems that the Leah promo machine has begun revving up. She's already filmed the video for "Sexify," which should see the light of the day this time of month, and now the powers that be at Epic, namely one L.A. Reid, has seen fit to drop a quintet of songs ahead of her debut's early fall release to whet appetites. Of course "Sexify" is included, but the four other songs, "So Hot," "Make Me Get Up," "What Do We Got to Lose" and "Mr. Scissors," are definitely worth a listen. This is especially the case with "So Hot," which continues in the same groove as "Sexify," matching Leah's voice with an '80's-inspired, Pharrell Williams-produced mid-tempo groove. Pharrell and Leah obviously have a great chemistry, as both songs seem fun and effortless, including tossing the lyric "Somebody follow me / Somebody retweet this love..." into the mix just in case the groove got a bit too old school for you. While normally something like that would come across as corny, Ms. LaBelle's vocals make it sound great, proving once again that American Idol often gets it wrong when it comes to voting off the talent featured on the show. Sample all five tracks  and prepare yourself for a very hot fall.


TAGS:  audio, l.a. reid, Leah LaBelle, pharrell williams
Previous: Get Ready For The King Of Pop On A Can Of Pop Next: You’ll Have No Choice But To ‘Keep Lovin” The New Freddie Joachim & Carlitta Durand