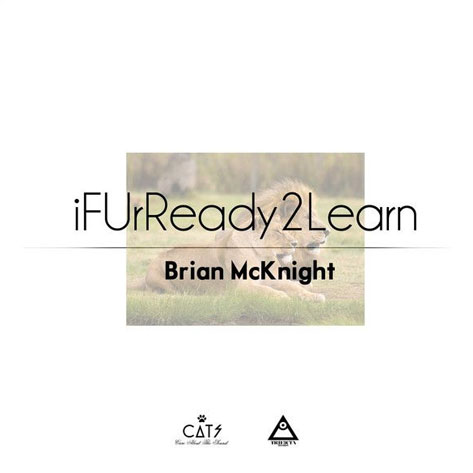 We here at SoulBounce were really hoping and praying that Brian McKnight's coochie carol was a joke, but we had a sneaking suspicion that he was serious. And when he announced that he'd be releasing it as a single, we knew he was dead serious. Well, the release date for the full-length version of this audio tragedy fell today with this tune hitting iTunes early this morning, and it's even worse than we originally thought it would be. The song's title is now stylized as "IfUrReady2Learn (C.A.T.S.)" making it look like a basic version of something Musiq Soulchild would do. However, that's where the similarities end between the R&B singer who is still charting songs and McKnight. Then again, by the 5-star reviews he's been receiving on iTunes, the Vagina Whisperer may just see another hit this decade. That's both sad and funny, which is also an apt description for the hilariously bad song itself. Listen to it if you dare, but don't say we didn't warn you, then check out a few choice (and comical) reactions from Team SoulBounce after the bounce.
Center

Butta: If anyone wants to take a stab...pause...at this... I don't know how many other ways to say that I hate it.

Ivory: He did his post-grad in pussyology?! Excuse me while I vomit then jump out of the window.

Donte: Also, I'm mad at the screwed echo in the chorus. Was that necessary in this weak ass song?

AudioDiva: He actually went through with this?! After everyone clowned his ass? Bold, the brotha is bold and stupid.

I couldn't get through all of that, my ears are too precious for that...but what minute I tolerated is making want to go and purify myself in the waters of Lake Minnetonka after that...blech.

I agree with D-Money, that screwed echo is horrid and unnecessary.

Also what is up with that tacky cover art? Mufasa didn't get trampled by some wildebeest for this shit.

Remi: AudioDiva, c'mon. Like there was any way he wasn't gonna release this after all the attention it got. For the first time in almost 2 decades, people don't think Brian McKnight was the lone Irishman in the Highlander movies.

Yeah, the screwed (pun probably intended) bit is a little disturbing. Takes the song from creepily tender to demon-rapey in 3 seconds. I'm pretty sure he sampled that bit from Linda Blair's crucifix scene in The Exorcist.

That said, I actually quite like this! The problem with Rick Santorum's America is the opposition to education. I envision this as a full educational series for kids. Rumor has it he's going to finally unlock the mysteries of the appendix. And if you think this had some brilliant wordplay, just wait till he gets around to the uvula.

AudioDiva: Remi, that's true. Desperation does those things. Guess you gotta do something to jump start the dead battery called your career.

But the comedy that will come from this mixtape will no doubt be a highlight (or lowlight?) of 2012.

D-Money: Is it just me or does this sound like a contemporary gospel song? Pussy Praise & Worship, if you will?

Butta: In that case, please play this at my funeral cause y'all are killing me right now.