The Endangered Are ‘Calling on You’ 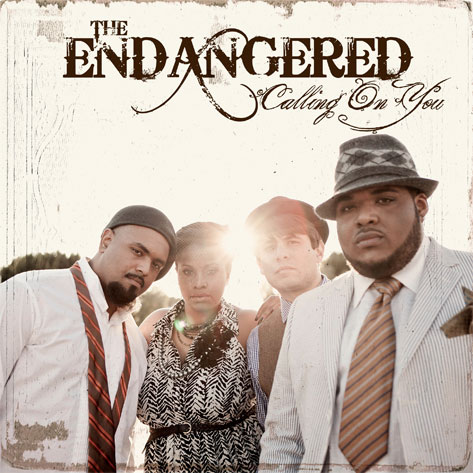 Earlier this week we bemoaned the lack of bands in the game. However, a paucity of groups in the soul music mainstream doesn't mean that they're not thriving underground. One indie soul band who is ready for their time to shine is the Los Angeles based four-piece The Endangered with band members Maiya Sykes, Nick Block, Frank Abraham and Gene Coye. We previously selected them as Bounce-Worthy back in 2010, and they've since polished up their act and linked up with GRAMMY-winning producer Steven Miller (P!nk, Jack Johnson) to tighten up their sound. The result is their official debut, a five-track self-titled EP, due to be released to digital retailers on May 22nd. The first single, "Calling On You," is something that we were introduced to when we first stumbled upon The Endangered, but it's been revamped and remastered, its bluesy soul left in tact, however. If you missed out when we first hipped you to this talented band, don't be the same fool twice. Download "Calling On You" from iTunes now and stay tuned for the song's music video to premiere soon.