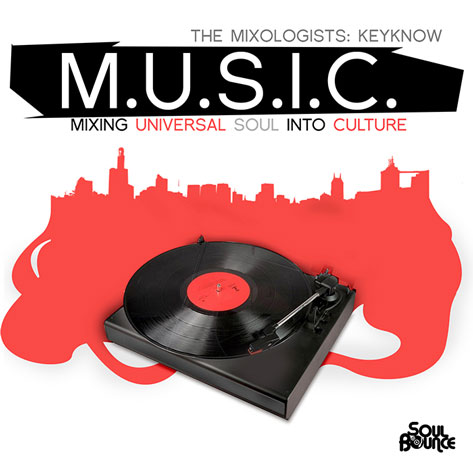 Keyknow's May Mixologist mix is all about the music -- or make that M.U.S.I.C., for which he has so cleverly come up with the acronym "Mixing Universal Soul Into Culture." If that doesn't sound like SoulBounce's daily mission, then I don't know what does. What this mix does in fact sound like is a chill soundtrack for those days when you just want to vibe out to some good tunes. And this mix is chock full of them, with newness from Jeff Bradshaw, Conya Doss, Incognito, Diggs Duke, Anthony Valadez, DivaGeek and so many more that will make you happy to download it. Check the entire tracklist after the bounce and get into Keyknow's latest groove below.