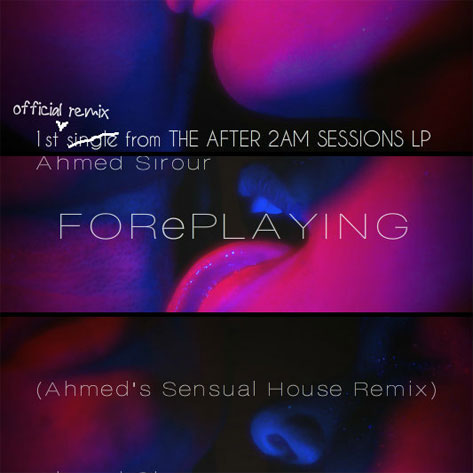 Ahmed Sirour continues to shock and awe -- not for doing anything wrong but for doing everything right. It's not enough that he recently released his full-length debut album, The After 2am Sessions LP, led by the single "FORePLAYING," but he's now flipped the script on the intensely erotic groove and remixed it. Reversing the usual course of events, Sirour takes us from the bedroom to the dance floor with the "Sensual House Remix" of "FORePLAYING." According to Ahmed, this remix is his sensual take on soulful house. This instrumental concoction is definitely for the sexy times and the kinda house music that you'll want to play all night long. It's available for purchase now via Bandcamp, and will be available as a bonus track on physical copies of The After 2am Sessions LP, which are coming soon and will initially be available exclusively in store and online at Moods Music in Atlanta, GA. But if you don't want to wait, then indulge your senses in this must-own remix now.


TAGS:  ahmed sirour", audio
Previous: The Endangered Are ‘Calling on You’ To Watch Their Video Next: Morning Soul: Wearing Calvin Klein Obsession Cologne