All Aboard For Princess Freesia’s ‘Rainbow Ride’ 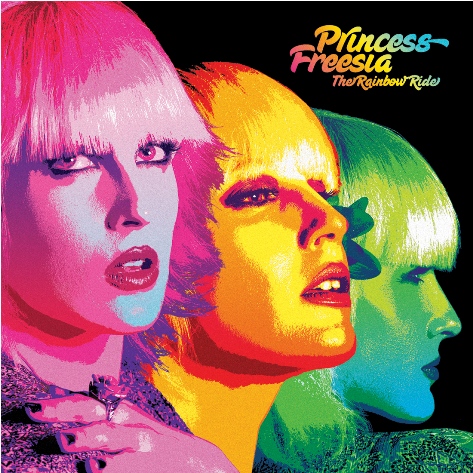 I was first introduced to Australian songstress Princess Freesia back in '09 thanks to her appearance on Soulpersona's excellent Soulacoaster album. Since then, the two have been collaborating extensively, most notably on last year's The Lapdancer, a concept album telling the story of a "Avalon Lexus, a high class call girl and erotic dancer from London." If you let that album slip by then may I politely suggest you track it down with the quickness and immerse yourself in the pair's unique brand of soulful rare groove, with a hints of jazz and disco. Following on from The Lapdancer, Freesia has signed to SoulP's Digisoul label and will be releasing her long-awaited solo project, The Rainbow Ride, on June 30th. While The Rainbow Ride is not an extension of the themes found on The Lapdancer, it certainly sounds as if the musical styles they explored on the former have carried over to the latter, at least if the four-track sampler we got our hands on is anything to go by. Not wanting to spoil a very pleasant surprise we will just share one track from the project with you, the dance floor-friendly groover "I Can See It" but rest assured that it sounds like The Rainbow Ride will be all killer, no filler.