Is This New Kevin Michael The ‘Bomb’ Or A ‘Bomb?’

Let me preface this by saying that I like Kevin Michael. I really do. However, his video for the Major Lazer-produced "Cherry Bomb" has left me scratching my head due to it's overwhelming amount of WTF-ness. While the track itself is passable and under-utilizes Kevin's usually stellar vocals(a highlight from his mixtape Lisa it is not.), the video is 12 different shades of bizarre. At certain points, our boy KM is rocking nothing but what appears to be drawers, combat boots and the American flag. Other moments find him being lascivious in some of the most unattractive ways possible (including licking the butts of the many video vixens who appear in the clip). Quite honestly, I'm not sure what we're supposed to take from this video other than confusion and disappointment. Kevin, your voice and talent deserve much better than this. 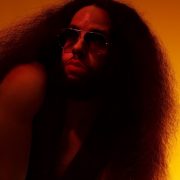 Kevin Michael Is More Than Ready If You’re ‘Down’ 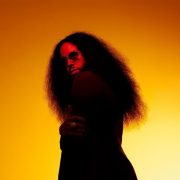 Kevin Michael Wants You To Get ‘Dirty’ & ‘Dance All Nite’