Joss Stone Has Got The ‘Power’ 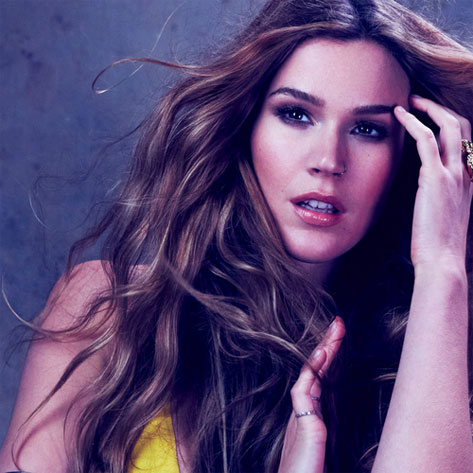 We often forget at times that before Amy Winehouse, there was Joss Stone, brazen and bold with all the right soul n' spunk just rattling in her bones. In 2003, she came into conscious of many when she released The Soul Sessions and wowed with Sugar Billy's "Super Duper Love" and a killer femme version of The White Stripes' "Fell In Love With A Boy." Now nine years have flown by and Stone keeps on keepin' on with underrated efforts like 2009's Colour Me Free (which I was one of like 10 people who enjoyed it) and last year's experimental Dave Stewart produced, LP1. She's now digging back to the roots of soul music as well as her beginnings by releasing a sequel to her debut and she's all aflame for it. The Soul Sessions Vol. 2 will include covers ranging from Sylvia's "Pillow Talk" to Womack & Womack's "Teardrops" to the Rolling Stones' "I Got The Blues," but we get the first taste of what is in store in the form of the Chi-Lites' "(For God Sake's) Give Power To The People." Stone just comes barrelling in with fiery vocals that are smeared over grinding bass slaps and harmonica, and it's quite obvious from the roll of thunder in her voice, that she's grown a lot vocally in the last nine years. As I root for Miss Stone, I'm sure to reserve some time to listen to The Soul Sessions Vol. 2 when it drops July 31st in all of its soulful glow.


TAGS:  amy winehouse, audio, chi-lites, joss stone"
Previous: Usher Gets ‘Pumped Up’ Next: Muhsinah Is ‘Working’ It On This Tears For Fears Cover