Let MNEK Take ‘You’ To A Happy ‘Place’ 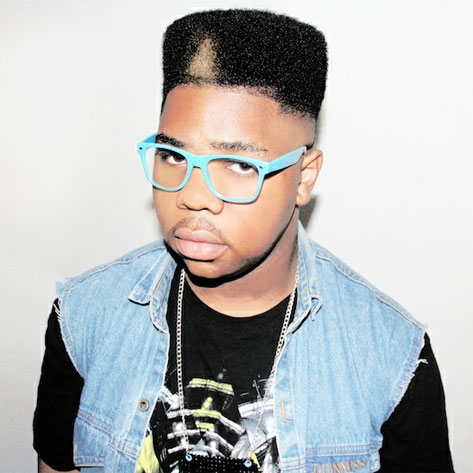 MNEK may be a new kid on the block for now, but he won't be for long. Already he has taken on some big tracks for his first introductions, and this bespectacled UK artist isn't batting an eye at the task. After being featured on Rudimental's "Spoons," his solo refixes have been something to hear. He first took a stab at Kelis' 1999 hit, "Get Along With You," and he hit it out the park and into the next county with his booming baritone peppered over some slick electro beats. And would you believe he recorded the vocals for this on an iPhone? You better believe. Just recently he dropped his take on Kylie Minogue's "Put Yourself In My Place," and I was shocked considering not too many people in the R&B world frolic in the Land of Kylie (except for my quirky self) and by how impressive his take of the 1994 single is. Considering "Place" is probably my favorite Kylie joint of all-time, he gets a round of applause for dusting this track off and breathing new life into it. So MNEK I see what you're doing, I'm liking what I'm hearing, and I'm keeping an alert ear to what you've got in store next. [H/T: PBB]