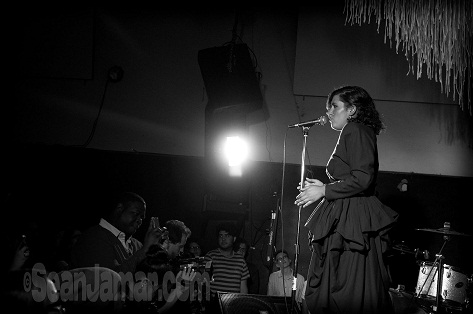 While standing outside of Brooklyn's Cameo Gallery, I noticed something interesting. A group of stylish individuals had huddled near one of the benches. One in particular stood out. An unassuming young woman, hair pulled back and wearing a light jacket, denim shirt, jeans and sneakers. If I hadn't been paying attention, I would've never noticed that it was Coco O., who would be taking the stage that night with her bandmates as Danish electro-soul group Quadron. Though I'm sure that your everyday person wouldn't know Quadron from a signpost, the fact that she had no problem mingling with those who were waiting on the night's show showed just how down to earth Coco truly is and completely contrasted with the astonishing show she would give when she took the stage that night. That quality seemed to be the theme of the night, as what appeared unassuming turned out to be so much more spectacular. 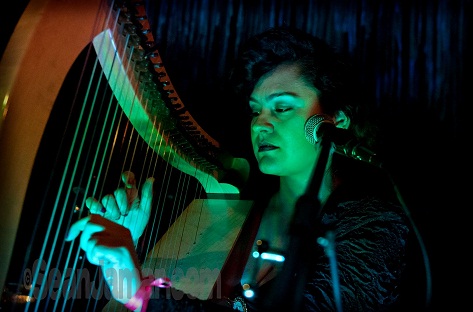 Opening act Teletextile was further proof of this. Though they had just returned from a European tour, the quartet, led by singer and multi-instrumentalist Pamela Martinez, made believers of the entire audience with their moody, melodic set. Martinez switched from harp to violin to keyboard during the 45-minute set, which featured heavily from the group's album Glass. Songs like "I Don't Know How to Act Here," "The Lark" and "John" had the audience swaying along. When the rest of the band left the stage while Pamela played "Gold Green," based on a couple poems by Robert Frost, the audience remained rapt with attention as she skillfully played the harp. The other non-album track, "Distant Places," while just as dark and moody as the rest of the set, was a bit more uptempo, allowing the audience to nod their heads and tap their feet. Many audiences members were looking up info on the band during their performance (some even purchased CDs as soon as Telextile's set was done), a good sign of a show well done. 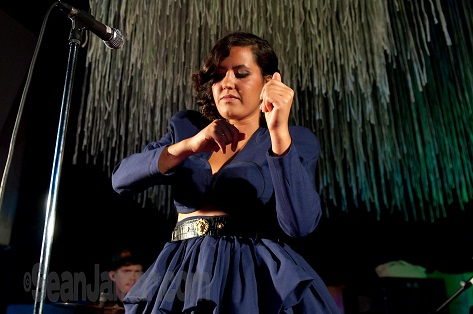 Soon after Teletextile left the stage, a newly-dolled up Coco O. stepped onto it. Her hair now sideswept and rocking a navy dress that exposed a sliver of her midriff, she greeted the crowd with youthful exuberance before launching into jazzy kiss-off "Buster Keaton" and following it with the electronic groove of "Average Fruit." Then, after mentioning that she and groupmate Robin Hannibal had been recording new music in L.A., she treated the crowd to one of the new joints entitled "Favorite Star." It was a bass-driven jam that would easily fit in a club during the '80s and the crowd loved every bit of it. Not wanting to kill the momentum, Coco gave the cue for the next song, "Unpatient." While the track was my least favorite on the album (though it's still a great song), live it's a completely different animal. That's because Coco and company infused it with a much more urgent sound and keyboardist/vocalist August Rosenbaum wowed the audience by taking on the higher notes that are usually hit by Coco on the studio recording. 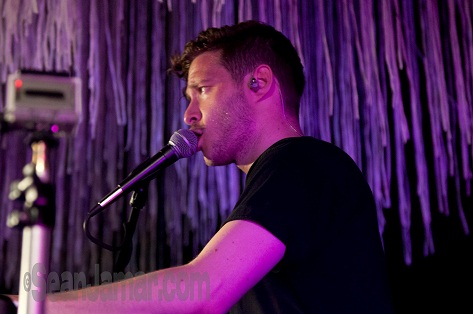 The much anticipated "Day" followed, its soothing, jazzy melody gently falling over the hushed crowd. The similarly jazzy "Simili Life" came next, with Coco two-stepping as her sweet voice sailed through the air. Then it was time for the next new track, "LFT (Looking For Trouble)." The song, which Coco said is about her good friends, sounded as if it'd taken a page from Michael Jackson's "Can't Help It." Its underlying bass groove was hypnotic, and Coco, as usual, sounded absolutely great on it. "Pressure," which she clarified was about her relationship with her sister and not at all romantic, came after. Performing the first few bars of it a cappella (much to the crowd's delight), Coco showed just how powerful her unadorned voice is and just how much it could do. The rest of the set closed out with the sassy "Jeans" before the crew left the stage. 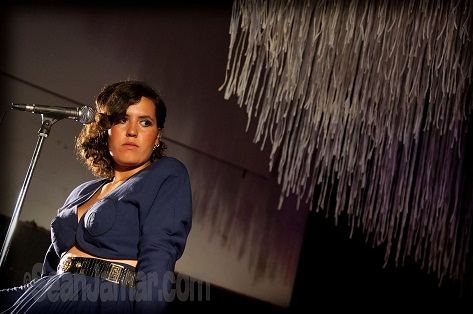 Of course, the audience wasn't having that happen anytime soon, and Coco and crew returned to the stage amidst chanting and applause. After a fun rendition of "Slippin'," Coco changed the vibe up a bit. "The biggest love of my live performed this song first," she said to the audience. "If you don't know who it is, guess." She then launched into a cover of Michael Jackson's "Baby Be Mine." Stripping down the original's dance sensibilities, it was re-imagined as a slow, hypnotic groove with Coco's vocals causing some in the audience to have a religious experience ("You better sing that song," one man near the front shouted). The night's final song was "It's Gonna Get You," a synth-pop jam that had the entire crowd, including Community's Donald Glover (aka Childish Gambino) jamming out into the warm night. Though only three new songs were performed during the show, one thing was for sure: the return of Quadron to the music scene will be welcomed with open arms.