Robin McKelle & Gregory Porter Put In ‘Work’ On This Duet 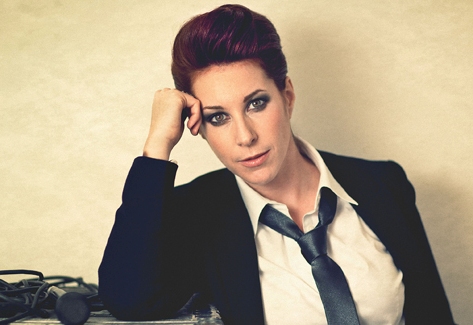 Robin McKelle was a name I had never heard until this morning when I stumbled across some footage of her and SoulBounce favorites Alice Russell and Sharlene Hector giving an impromptu live performance of Dionne Warwick's "Walk On By" at La Defense Jazz Festival last month. I was intrigued enough by the performance to do a little digging on Ms. McKelle and found that she is somewhat of a veteran, having released a handful of jazz albums over the past few years. Her latest release, Soul Flower, is a bit of a departure from her jazz roots, and sees the New Yorker exploring a more soul-orientated sound alongside her band, The Flytones. The inclusion of "& The Flytones" on the album's front cover immediately had me pigeon-holing this as a "retro" rehash a la Sharon Jones & the Dap-Kings or Laura Vane & The Vipertones, but after pressing play that isn't strictly true. Sure, there are (sometimes strong) retro influences, most notably on the cover of "Walk On By" and the Lee Fields-assisted cover of the Bee Gees "To Love Somebody," but I was pleasantly surprised to hear that McKelle and her band are certainly no one-trick ponies. I've already listened to the album twice today and it's her collaboration with fellow jazz-soul crossover success Gregory Porter on the tender "Love's Work" that stands out.
Center