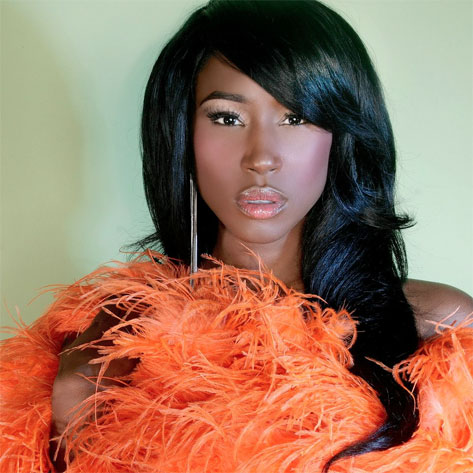 It's hard to believe that we've waited seven long years for a new album from Tweet, but that is an unfortunate fact. In that time the Southern Hummingbird hasn't been silent, however. There have been numerous song leaks over the years, she dropped "Love Again" at the top of 2010, and she has collaborated with everyone from PJ Morton ("Love You More") to Keke Wyatt and Kelly Price ("Mirror") to Syleena Johnson ("Angry Girl"), but patiently we have waited for that third album of hers. Well, it seems as if Tweet is ready to show her fans that our waiting hasn't been in vain with her newly launched #TweetTuesdays, which kicked off today with her posting a new song on her website. That song isn't just any old song, but a remake of the Aretha Franklin favorite "Day Dreaming." Covering Re-Re is quite a tall order not for the faint of voice, but Tweet wraps her distinctive buttery voice around this classic in a mighty fine way. When I say that Tweet sounds incredible, TWEET SOUNDS INCREDIBLE. I mean...wow. She retains the flavor of the original but truly makes this song her own. Sadly this track won't find itself on her upcoming album, now entitled Simply Tweet, but with the promise of new music weekly and the prospect of this record finally seeing the light of day, that is more than enough to make us rejoice and shout with glee.
Center


TAGS:  #TweetTuesdays, aretha franklin, audio, tweet
Previous: Conya Doss Will Have You Asking ‘What About You And Me?’ Next: Something May Be Wrong If ‘You Don’t Love’ Gabriele Poso & Osunlade’s Song