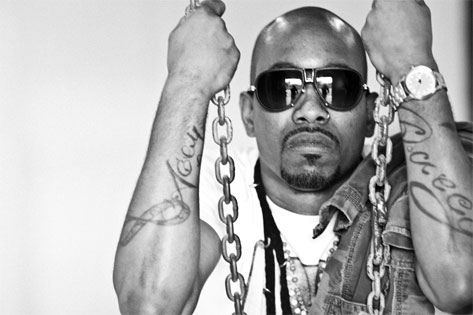 Your body's callin' -- you just don't know it yet. Anthony David is ready to take it there, and so are you...at least he hopes you will be by the end of his new single, "Sweet Pain." Ant Dee is asking, no, begging for a little sexual healing. He's "been watching, waiting, hoping, wishing" he could introduce you to "some sweet pain." Although less sensual and inviting than say, classics like the Isley Brothers' "Between the Sheets" or Tyrone Davis' "In the Mood," Mr. David delivers detail-filled lyrics in a conversational style that flows nicely and unhurriedly over the guitar-laced beat. While you indulge in a little "Sweet Pain" below, we'll be hoping that his new October 30th release date for his next album, Love Out Loud, doesn't get pushed back any further.


TAGS:  anthony david, audio
Previous: Mateo & Stacy Barthe Will Be ‘Looking You Up’ Next: ‘Get Lost’ With Sy Smith & Ray Angry