Kim Hill Is Back And Sounding ‘Other Worldly’ With DJ Dummy 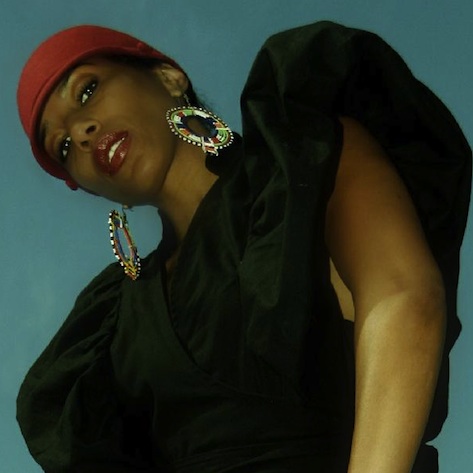 Kim Hill may not be a name that you've heard in a long time, but this indie veteran is dipping her toe back in the music pool and is ready to swim a few more laps. If you remember pre-Fergie Black Eyed Peas before they became too corny and too pop to stomach, then you'll remember Hill being featured extensively on their debut album, Behind the Front. In her time away from the spotlight she's become a mommy and a DJ and has moved from Los Angeles to New York City, and as her self-imposed break from recording comes to an end she's about to drop some new joints and jams of her own on us. The first new music from Kim is the DJ Dummy-produced track, "Other Worldly," which lives up to its title and then some by sounding like it's from another time and space. Hill is channeling the spirits of Minnie Riperton and Angela Bofill on this song that sounds like a beautiful painting come to life. I've never heard Kim Hill sing apart from her work with BEP and this is a refreshing introduction to her solo work. "Other Worldly" will be featured on upcoming projects from both Kim and DJ Dummy, but you don't have to wait until then to quench your good music thirst because it's available for free download right now. Dap to DJ Oh So Kool for pointing me in the direction of this lovely piece of work.
Center