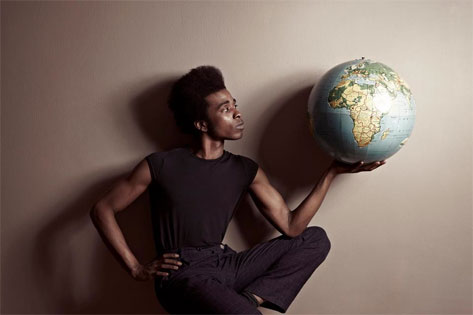 One of my favorite songs from 2011 was "Deep In My Heart," which served as a rousing introduction to the musical wonders of Marques Toliver. The Bounce-Worthy singer/songwriter/violinist followed that stunning drop with the EP Butterflies Are Not Free and a string of live performances that sealed the deal that he is a force to be reckoned with and listened to. Now he's readying the release of his proper debut album early next year on the Bella Union record label, and he's whetting our appetites with the first single, "Magic Look." Those who've seen Marques on tour may have already gotten a satisfying taste of this joint during his live shows, and we first got to see/hear it in March, but the official single is even lovelier than we expected as Toliver sings about that magic look of love accompanied by his trademark flourishes of violin. The song is only available for streaming via YouTube at current, but it will officially be released on September 10th.