Meshell Ndegeocello Will ‘Be’ Reworking Nina Simone Classics On Next Album 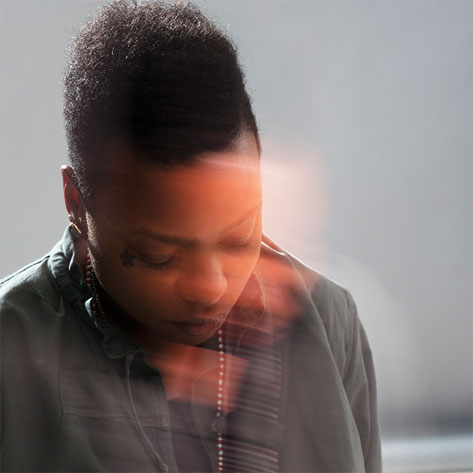 On the heels of her critically acclaimed ninth studio album, Weather, Meshell Ndegeocello is returning this year in a very special way. With the help of musicians Chris Bruce, Jebin Bruni and Deantoni Parks, as well as additional special guest vocalists Sinead O'Connor, Lizz Wright, Valerie June, Tracy Wannomae, Toshi Reagon and Cody ChesnuTT, Meshell has prepared a project of 14 classics reworked in honor of the late, great Nina Simone. Pour une âme souveraine, translated as "For a sovereign soul," reflects an admiration for the pioneering work of an artist who refused to be owned by genre, industry or expectation. "Be My Husband," the first single off of Pour une âme souveraine, features New York's own Valerie June taking the lead while Meshell balances playing bass and aiding in some of the sweetest harmonies ever heard. Originally written by Andrew Stroud and heard on Simone's 1965 Phillips Record release Pastel Blues, the song is driven by a dramatic stomp-and-clap rhythm that Ndegeocello's rendition maintains. According to guitarist and co-producer Bruce, "The aim was not to re-create the existing versions, because we felt strongly that the only way to honor Nina would be for Meshell to find her own voice in the material." Meshell Ndegeocello's Pour une âme souveraine: A Dedication to Nina Simone is slated to be released on October 9th.
Center