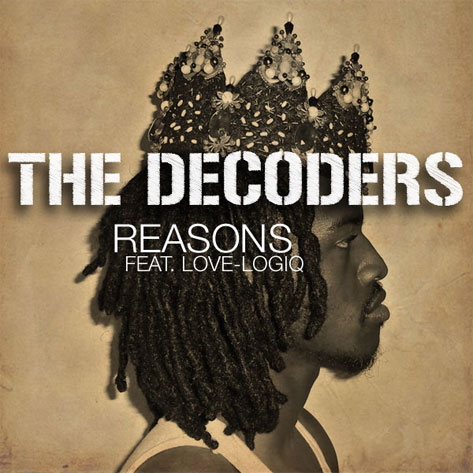 Since late last year, production duo The Decoders have been enchanting us with their Lovers Rock remakes of classic soul songs on Vol. 1, a non-traditional EP that they released as a monthly series through May of this year. They ended the five-song series on a high note with the release of a cover of the Earth Wind & Fire gem "That's the Way of the World," featuring singer Kevin Sandbloom. But every ending doesn't mean "the end," and The Decoders have blessed us with another cover, and one of another EWF song at that, with a delicious remake of "Reasons" with Los Angeles-based vocalist Love-Logiq. He takes the reins of the song and holds down lead and background vocals as well as gives Philip Bailey a serious run for his falsetto money. I am smitten by this version, and I'm hoping that this surprise release signals that a Vol. 2 might be in the works. Now if you'll excuse me, I need to go find something cool and fruity to sip on while I keep this on repeat.


TAGS:  audio, earth wind & fire, EWF, Love-Logiq, philip bailey, The Decoders
Previous: Bask In The Glow Of Gabriele Poso’s ‘Sunshine’ Next: Will You Keep Your ‘Distance’ From Kelis?