Will You ‘Love’ Ne-Yo’s Latest Single, Or Is He Getting ‘Lazy’? 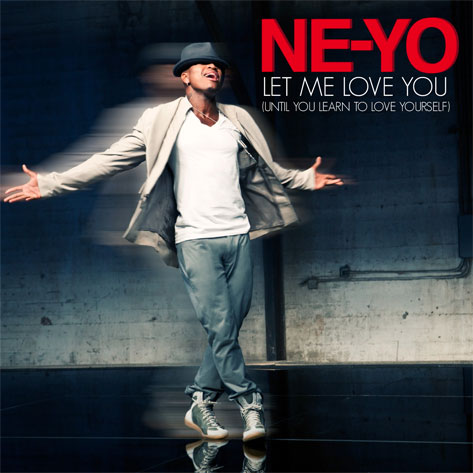 As I pressed play, I held my breath and hoped that I would like Ne-Yo's second single from R.E.D. (Realizing Every Dream) more than the first single, "Lazy Love." He's a good singer and a proven hit maker, but his own material lately has failed to capture an audience. And with "Let Me Love You (Until You Learn to Love Yourself)," he failed to capture me. The title is intriguing enough and holds potential, but it's an admittedly bright Euro-pop dance track that left me open-palm-to-forehead sighing, "not another one." Granted, it should do well on that scene, but with each single he releases, he's losing me, and perhaps others like me who want a straight, quality R&B album from him or from any of the "radio friendly" R&B types. But, going back to a lesson I learned as a child -- you don't always get what you want. Who knows? We're only two singles into the album. Maybe it'll turn out to be a smorgasbord of musical confections with a little something for everyone to nibble on. After all, this dance track is a far cry from the steamy, if boring, "Lazy Love." I need more than a snack, though. I need a meal if I'm going to shell out my hard-earned money for an entire album. Going on the strength of his previous work alone, I have hope that he's still holding back on us. Word has it that he's not holding out on the video, having taken something like three weeks to prepare for the shoot. We shall see and we'll hear the rest when Ne-Yo's fifth LP hits stores on September 18th.


TAGS:  audio, ne-yo
Previous: Kwabs Wants You To ‘Lay Back’ Next: Mint Condition Will Make You ‘Believe’ Again