Ywada Hopes To Be A Voice You Can ‘Count’ On 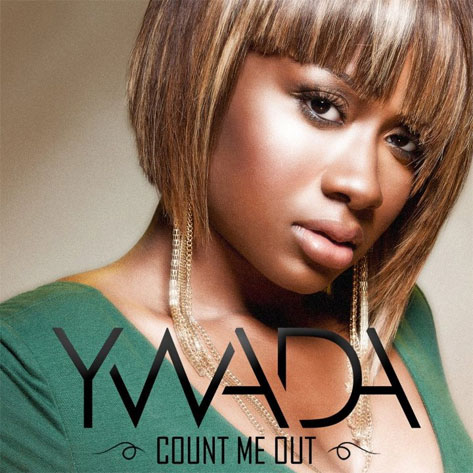 Ywada (pronounced "Yada") may be a lot of things, but of her status as the better half of a bad relationship, she says you can "Count Me Out." The new, yet familiar sounding break-up song comes from the pipes of an R&B newcomer who's ready to leave her mark on the genre. Although she's prepping for the release of her first album, she's not quite new to the stage. She performed with Yolanda Adams at the behest of Dr. Bobby Jones when she was only 15 and opened for 112 a few years ago. Her vocal influences include some powerhouse singers and range from the late Whitney Houston to Kim Burrell and Ella Fitzgerald. As for her own material, I have to say the song is solid and easily relatable, although not particularly distinctive. What she has is a strong voice that needs no studio tricks to disguise its shortcomings. Ywada believes that she has something unique to contribute to the industry and that her talent will keep her around for years to come. Sadly, I think it'll be hard for some to see that with this single. I can listen to sad slow songs all day long, but I don't think that'll work for the majority of the purchasing public, especially when the song is average. For some reason though, I believe she has the potential to realize her vision. Does she really have what it takes? Have a listen to "Count Me Out" then check out videos for an unplugged version of the song along with "Thought I Was Loved (Unplugged)" after the bounce.