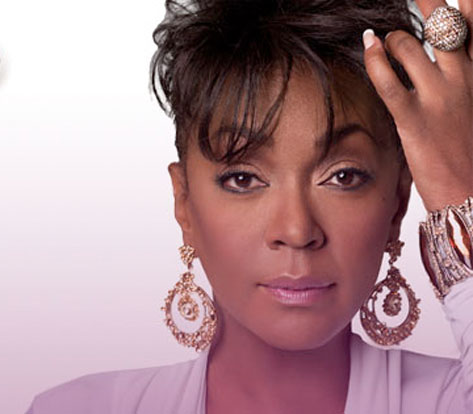 October 23rd. Circle that date on your calendar, write it on a sticky note, set a reminder on your phone -- just do whatever it takes to remember the fourth Tuesday in October. On that day, the legendary Anita Baker will deliver what will probably be her final commercial release, Only Forever. You may be curious about what the seasoned diva, whose music has been around for more than a quarter of a century, will offer. Luckily, you don't have to wait long to find out because her new single, "Lately," is fresh off the digital presses.

If the song's title sounds familiar, that's because it is. To re-introduce herself after seven years away to a very changed musical landscape, Ms. Baker has decided to give the second single from Tyrese's debut album a makeover. But, this is no mere rehashing of the 14-year-old slow jam about sweet love. After all, this is Anita Baker we're talking about. You may know the song, but I guarantee you've never heard it like this. It's jazzy, tempered and free; it's Anita Baker through and through, but with just enough subtle contemporary flair to ensure the song sounds like it belongs in 2012 without making her sound out of her element.

As far as Only Forever goes, Baker promises to deliver the same classic sound we know and love from her, but with a modern twist. "Lately" shows us that she's ready and more than able to deliver. The revered songstress has moved bodies and souls here at SBHQ, and we can't wait to hear more.


TAGS:  anita baker, audio, tyrese
Previous: Sophia Bastian Is ‘Breaking’ Through Next: Get Into ‘The Secret Life Of’ Joey Negro & The Sunburst Band