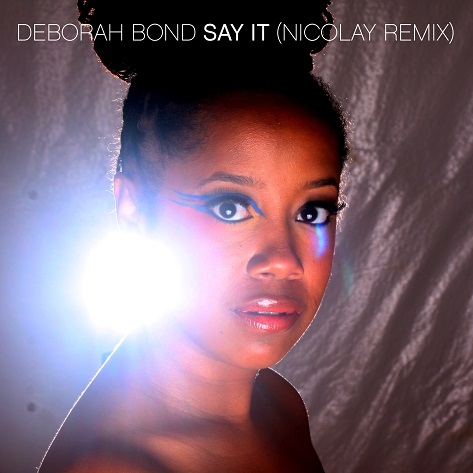 After waiting eight long years for the release of her sophomore set, Madam Palindrome, it's great to see that Debórah Bond is still pushing the album almost a year later. Rather than simply releasing a stream of singles as most artists would, Debórah has decided to give things a fresh spin by recruiting some of the best producers in the game to remix various tracks off the album. We already brought you Reel People's excellent soulful house rework of the lead single "You Are The One," and Soulpersona's rare-groove edit of album favorite "Nothing Matters," and now it's the turn of SB extended family Nicolay to add his magic touch to "Say It." Gone is the gentle keyboard/guitar backing found on the original, replaced instead with a punchy, percussive broken-beat that completely switches up the song's vibe. Now all I need is for Debórah to release these, and hopefully a handful more, as an official remix album similar to AfterDay, the companion piece to her debut album DayAfter.