Erica Paige Shares Her ‘Everything’

Earlier this year we gave you the heads up about an R&B compilation Blacktree Music Presents: Soul Seeds, Vol. One, and if you took our advice to check it out, then you were introduced to the voice of Erica Paige. She contributed two songs to the compilation, a remake of Sade's "Stronger Than Pride" and the original song "Everything," which will be the first single from her upcoming solo album and has gotten the music video treatment in preparation. Watch out Badu and Rihanna, because Erica Paige is another green-eyed siren that may have all the men on pause soon, but in the video she only has eyes for one man and wants him to know that he's her everything. Aside from her striking looks, Paige can definitely sing; I love the tone of her voice and the track is a sweet ode to a love that you want to last. The only thing that threw me off about the video was Erica's hair color/style change toward the end -- it almost didn't look like her and I thought it was another actress moving in on her man. That minor detail aside, Erica Paige is one to keep your eyes and ears on. 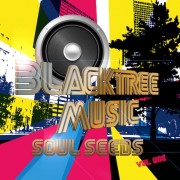