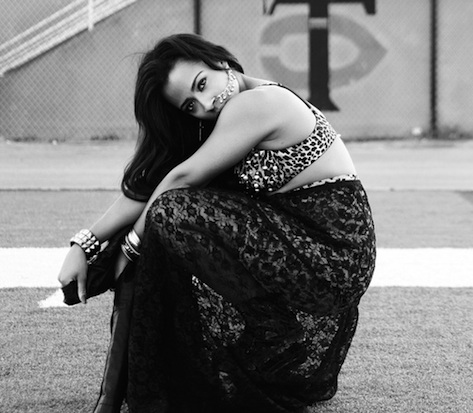 I admit, I haven't really kept up with Shanell and her nose chains or her works over the years. Justifiably or not, I haven't really taken her seriously, and I am sure I'm not alone in that. Perhaps she'll change minds with her cover of Amy Winehouse's "Love is a Losing Game." Produced by Mark Ronson, the original appeared on Winehouse's 2006 hit album, Back to Black. While Shanell's cover shows that she has a nice voice, it's rather nondescript on this track. It lacks the distinctive restrained rawness that only a voice like Amy's can bring to a song, but I don't think the Young Money artist set out to best Winehouse. That would itself be a losing game. It's more likely the track was recorded simply out of her admiration for the late singer and not to serve any significant purpose higher than that. The cover appears on Shanell's newly released mixtape, Nobody's Bitch, available for free download at LiveMixtapes.com.
Center