Have A ‘Howl’ Of A Time With Miss Jack Davey 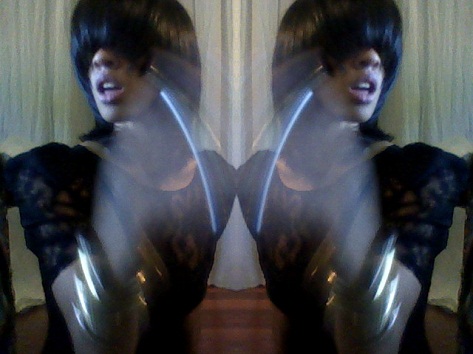 She's ba-aack! After a brief hiatus that found her enjoying the newness of motherhood, Miss Jack Davey (otherwise known as one half of electro-R&B duo J*DaVeY) is stomping back onto the scene with a new five-song project entitled Lo-F!. The bluesy, garage rock set is entirely self-produced by Miss Jack and, if previous material like "PHD" is any example, promises to be a worthwhile trip from The Ladytripper. Our first listen of the project comes in the form of "Howl at the Moon." Inspired by the likes of rocker Iggy Pop and first lady of badass Betty Davis, "Howl at the Moon" starts with pulsing drums before the growl of a buzzing electric guitar and Jack's voice take the party to another level. It's essentially the greatness that we've come to expect from Jack and her ILLAV8R crew. Though there hasn't been an official date announced for Lo-F!, I'd be willing to bet that if you stay tuned to her Thursday night show #PHDRadio, you'll find out sooner rather than later. In the meantime, get your howl on below.