Has Drake Done ‘Enough’ With This New Aaliyah Song? 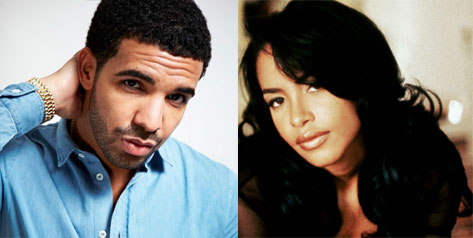 Following Drake's announcement that he would be executive producing a new posthumous album from Aaliyah, response was overwhelmingly negative. From allegations that this was an insult to Timbaland and Missy Elliott, to general commentary on Drake's "creepy" obsession with a woman he never knew personally, one factor few seemed interested in tackling was what the project would sound like. Well, if the just-leaked "Enough Said" is anything to go by, this could be pretty damn good. The track -- a boilerplate Noah "40" Shebib production we've all heard before -- is a chasm of space, its minimalist percussive kicks punctuating the late R&B princess' airy vocals without overwhelming them. Sure, it's not perfect (Drake's squandering his dream collab on an unrelated, uninspired boast-rap makes you long for a rap-free version), but for all the talk about Tim and Missy being the only ones who knew her sound, we must remember that Aaliyah enjoyed moody, atmospheric production as much as she did genre-reinventing speaker-splitting beats, and Drake's brand of sparse melancholia meshes perfectly with the former. While it would be wrong for her VA-based collaborators and friends to be left off the album entirely, this song proves Drake may have earned a seat at the console.