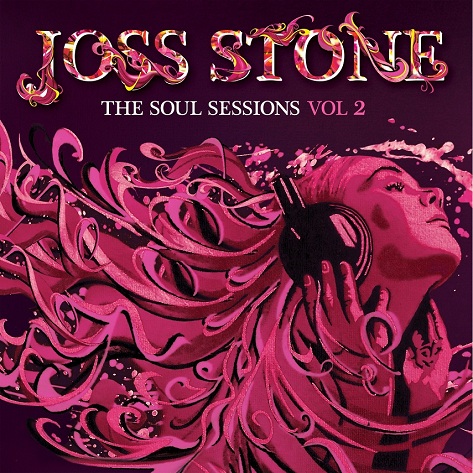 When Joss Stone first broke onto the scene at the tender age of 16 with her album of soul covers, appropriately dubbed The Soul Sessions, music lovers and those in the industry alike took notice. Vouched for by the likes of Questlove and Betty Wright, Joss audaciously covered classics like The Isley Brothers' "For the Love of You" and Aretha Franklin's "All the King's Horses." Sadly, subsequent albums of original material didn't live up to the hype that her debut promised. Nine years later, Joss returns to the formula that first brought her success on The Soul Sessions Vol. 2. But is another dip into the classic soul waters enough to reignite the hype surrounding Joss and her talents?
Center

Short answer: yes. The second installment of The Soul Sessions is everything that we've hoped from the singer. Reuniting with mentor Betty Wright and Ernie Isley as part of her backing band, Joss opts for a few of soul's decades old, lesser known gems this time around (with the exception of her cover of The Broken Bells' "The High Road"). Cruising through the catalogs of Womack & Womack, The Chi-Lites, Don Cherry and more, a now 25-year-old Stone is much more self-assured in her talent and ready to tackle these songs with the respect and soul they deserve.

The biggest change that has come is Joss' credibility. On previous records, including the first volume of The Soul Sessions, she seemed to hit all of the right notes without really getting to the heart of the material. While there are still remnants of this, especially on "The High Road" and "(For God's Sake) Give More Power to the People," they are anomalies overshadowed by her superb takes on The Dells' "The Love We Had Stays on My Mind," a slowed down (and, in my opinion, slightly better) version of Womack & Womack's "Teardrops," a stellar rendition of Honey Cone's "While You're Out Looking for Sugar" and Cherry's "Then You Can Tell Me Goodbye."

Perhaps the best, and most telling, example of Joss' maturity is her cover of the late Sylvia Robinson's signature "Pillow Talk." When she tackled a slow jam on her last volume, the Isleys' classic "For the Love You," the sizzle and desire just wasn't there. Here, Joss puts aside her tendency to oversing when expressing emotion and instead coos in a whispery soft voice perfect for seduction.

If you, like me, tuned out after Joss' star-making debut, then The Soul Sessions Vol. 2 is your wake up call to tune back in. Not only does she do the songs here justice, she finally delivers on the promise that her debut foretold.