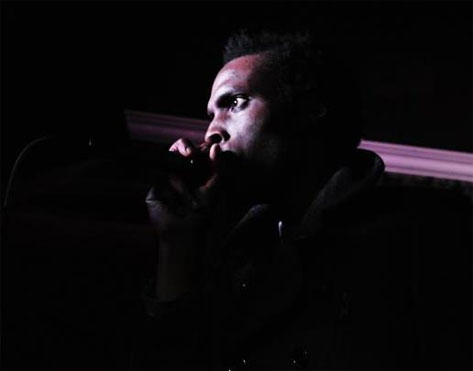 DC native Bilal
Salaam
blessed the internet with a seven-track gem this week. With his
cosmic and cryptic digital release, Bilal's
Boulder,
Salaam has taken us on an intriguing journey through the life of
his famous namesake, Bilal Ibn Rabah.
Depicting the project as a "modern day aural adaptation of a series of
allegories centered around Bilal Ibn Rabah, a 6th and 7th century vocalist,
who, under the title of mu'addin or 'caller to prayer' came to epitomize
humanity's struggle towards peace," Salaam indeed transports listeners into
concurrent dimensions. Taking a page out of the book of the abstract soul queen
herself, Erykah Badu, he offers a
smooth rendition of a familiar song, "On & On." Originally featured on Erykah's
critically-acclaimed 1997 debut album, Baduizm,
"On & On" serves as a perfect fit for Bilal Salaam's entrancing vocals. Bilal's Boulder, which features additional production from London's IG Culture, is now available for
download via Bandcamp. Bilal's remake of this Erykah Badu classic will also be
featured on BamaLoveSoul's second installment of BamaLoveSoul Presents Y'all Feel That?: Erykah Badu Remixes, Flips
& Covers, which will be released before September's end.