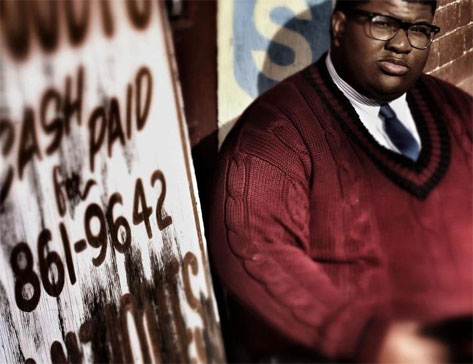 So maybe I'm a little biased when it comes to our latest Bounce-Worthy pick, but I'd be remiss if I didn't shine a spotlight on SoulBounce's very own Rob Milton. Not only is he one of our Contributing Editors and an accomplished journalist, but this young man who grew up between New Jersey and Virginia is a singer/songwriter who has two independently-released EPs to his credit that he's released in this year alone. He began 2012 by dropping the well-reviewed and received Love Today in January and has followed that up with the release of Shine Tomorrow earlier this month. Both projects feature production by Roman Lee of the duo Martin Parks, and he's crafted some dope hip-hop soul soundscapes for Rob to add his uniquely smooth vocals to. Milton is heavily influenced by artists such as Donny Hathaway, Georgia Anne Muldrow and Bilal, and you can definitely hear it in his sound. Lyrically he stands on his own two feet, however, with songs that are encouraging and uplifting without being preachy or too heavy. Listen to both EPs in their entirety after the bounce, and if you're digging them like I suspect you will be sure to get your hands on the free downloads.
Center