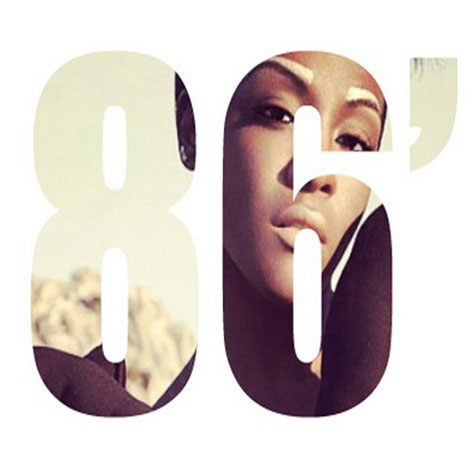 I've been gushing over Dawn Richard for the past few months ever since seeing her in concert in May. Her live show converted me into a fan, and I've been open like 7-11. So it's with open arms that I'm welcoming the release of her solo debut album, Goldenheart, on October 16th. She gave us a little EDM ditty from the set with "Pretty Wicked Things" over the summer, and with the album's release impending we now get to dig into the first single and digging it I am. Dawn takes it back to basics with the stripped-back, synth-laden track "86'" produced by Druski. The song actually isn't about the year 1986, but is instead about "eighty-sixing" something out of your life and welcoming love in. She's ready to open her heart again and is done running from the one who makes it skip a beat. From the sound of "86'" and Dawn's previous solo work that has been rocking for the better part of this year, Goldenheart has the potential for greatness.