Is Jose James The ‘Vanguard’ Of Modern Soul-Jazz? 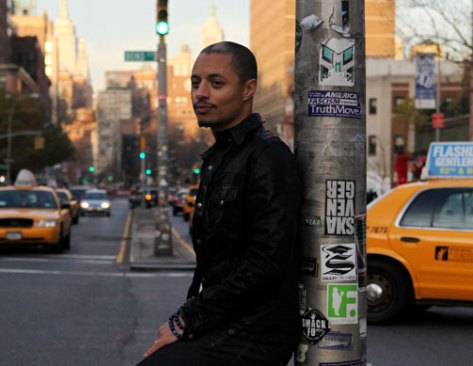 Earlier in the week we brought you DJ Spinna's fantastic Jose James tribute mix, a timely gift to tide us over until the release of his upcoming Blue Note album, No Beginning, No End. There is no word on a release date for the new album as yet, but we have already heard the excellent lead single, "Trouble," and he previewed the stunning "Come To My Door" alongside Emily King at a show earlier in the year. Now the track "Vanguard," which is featured on Spinna's mix alongside the tracks already mentioned, has surfaced courtesy of the ever-generous Gilles Peterson. Featuring Chris "Daddy" Dave on drums and the legendary Pino Palladino on bass, "Vanguard" is yet another slice of cool, soulful jazz that further ups the ante for the full-length album. With collaborations from the aforementioned King, Dave and Palladino, plus a rumoured appearance from Robert Glasper, No Beginning, No End is certainly at the top of our most anticipated list here at SBHQ. [H/T: BLS]
Center


TAGS:  audio, Chris "Daddy" Dave, dj spinna", emily king, gilles peterson", jose james, Pino Palladino, robert glasper
Previous: So What Do You Have To ‘Say’ About The Rebirth Of Floetry? Next: Colin Munroe Is An ‘Unsung Hero’