Jessie Ware has certainly had a busy 2012. She kicked it off by releasing three singles with accompanying visuals, and then went on the release the critically-acclaimed Devotion, one of the best albums you are likely to hear this year. It looks like Jessie and her label want to keep the momentum going into the fourth quarter by releasing a fourth single/video combo, this time for album highlight and personal favorite of mine, "Night Light." Taking cues from the "Running" video, Jessie keeps things classy and sophisticated with conceptual dance pieces, a black and white treatment, and the use of wind machines and smoke giving the video a strong '80's vibe. The video also features cameos from her sister and boyfriend, the latter of which the song is about. 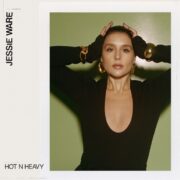