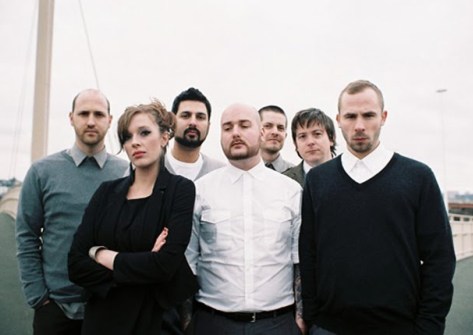 Back in February we brought you "It's Not Me, It's You," the first single from Submotion Orchestra's sophomore project, a follow up to last year's fantastic Finest Hour. At the time the new album was still untitled, but the track and its accompanying video certainly caught our attention and had us eager to hear what the seven-piece band had cooked up in a little over 12 months. Well now the anticipation is over as the band's second album, Fragments, is available via iTunes, with the physical release to follow on October 8th. To whet the appetite's of those of us chomping at the bit to get our hands on it, and hopefully convince those sitting on the fence to take the plunge, they have posted snippets of all the tracks to their SoundCloud page. These aren't your usual "over before it's begun," one-minute flashes, though. All samples clock in at three minutes in length, allowing you to get a real feel for where they are heading and how their sound has evolved since their debut. Check it out after the bounce.
Center


TAGS:  audio, Submotion Orchestra
Previous: Maze Hill Are In It For The ‘Long Haul’ Next: Say ‘Hey There’ To Alison Carney