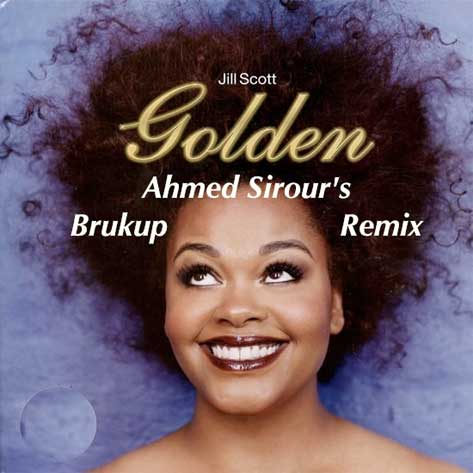 Jill Scott songs seem to lend themselves to getting remixed. Not to say that the originals aren't good as-is, but the right remix can truly make one of her already great songs even better. Ahmed Sirour has quickly become a master at remixing (just check our archives for proof) so it only made sense for him to try his skillful hand at one of Jill's most beloved tracks, "Golden." You've undoubtedly heard umpteen remixes of this joint, but none quite like this with Sirour throwing some UK broken beat onto the grill and seasoning it with some Afrobeat for extra flavor on "Ahmed's Brukup Remix." Aside from this sounding fantastic, what's most impressive is that he played all of the instruments that you hear on this dance floor filler.
And just when you think the party is gonna wind down, Sirour kicks it up a notch for the last minute of the remix. Listen below and keep an ear out for more free downloads of this jam, which were gone within 24 hours of Ahmed posting the song to his SoundCloud over the weekend; but I've been assured that he'll be providing a new download link soon.