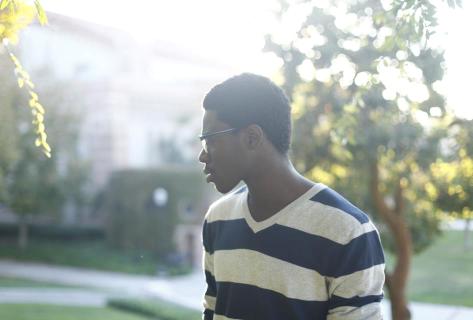 A great way for up-and-coming artists to break out and gain some recognition is to cover a song/artist who is considered "hot," and Ghanaian-American, Los Angeles-based singer Moses Sumney certainly chose well. Rather than going the predictable route, say Rihanna or Beyoncé, he chose British songstress Lianne La Havas who is making big waves both in her native UK and in the US. Moses took on one of our favorite tracks from Lianne, the heart-wrenching "Lost & Found" and, accompanied by just an acoustic guitar, delivered an impeccable reading of the song, restrained yet still full of emotion.

You can check out a video of Moses performing the track as well as hear a rough cut of an original song, "Patience Is A Vandal," by him. It would seem that we aren't the only ones to sit up and take notice of Moses either as he is opening for the one-and-only Robert Glasper at LA's Royce Hall this evening, so if you are in the area or already attending the show, make sure you turn up early to catch Moses accompanied by a full band.