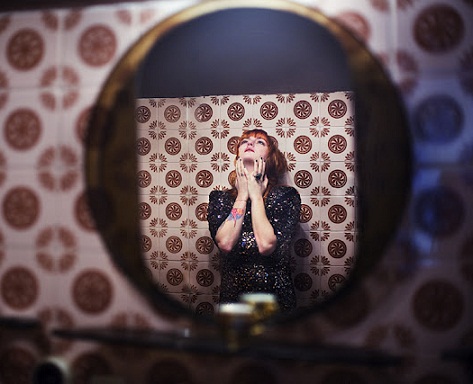 While soul music has been an international phenomenon for decades, it seems that in recent years the genre has exploded in places where you'd least expect to find it. Take for instance Bulgaria, home to songbird Ruth Koleva. After getting some shine on Bulgaria's Music Idol, she released her well-received debut album, Within Whispers, last year. Harkening back to the sounds of neo-soul's late-'90s and early-'00s heyday, when artists like Erykah Badu and Jill Scott reigned, it was a great first impression.

Not one to rest on her laurels, Ruth has returned to the scene with her latest EP, Future Sweet, and it sees her further expanding on her sound. Tossing a bit of jazz, electronic and experimental touches into the pot with her already developed soul and R&B chops, Future Sweet shows a slightly more assured Ruth. Take for instance the sultry groove of lead single "Slow Fire," which channels the smoky soul of Sade, or the guitar-driven ballad "Heartful," with its heart-felt lyrics and relaxing groove. And those two songs are just the tip of the iceberg.

You can pick up Future Sweet now via iTunes or Amazon. And be on the lookout for much more of Ruth, as she's currently working on a new album as you're reading this. Check out "Slow Fire" below and hit the bounce for "Heartful" as well as the video for Within Whispers' "Zashto."