Chrisette Michele Has Had Enough ‘Charades’ 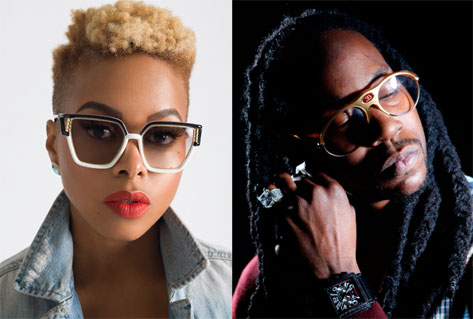 Say what you will, but I've successfully gone my whole life without knowing what a 2 Chainz sounded like...that is, until now. Like any good R&B artist on the comeback trail, Chrisette Michele hit up the current list of who's who in rap and apparently her double chained Def Jam labelmate won out for the guest spot on "Charades." Chrisette, who has taken a Twitter hiatus while she gets her groove back, is prepping for the December 8th release of Audrey Hepburn: An Audiovisual Presentation. "Charades" is the first leak, and I have to say, it's not bad, even though a few of us at here at SBHQ agree we could've done without the feature by Golden Necklaces. As for the singer herself, I happen to like when she's scaled back as she is here, allowing her voice to float above the music. In September, Chrisette took to Twitter to share some details about her upcoming mixtape. She said, "The people from different countries making guest appearances on this MIXTAPE help me understand why hip hop is so important." It looks like more collaborations are in store, and judging by the first single, they should be worth a listen.
Center