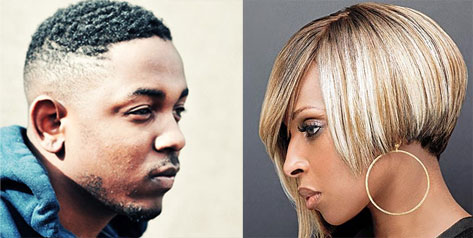 Gearing up for his debut studio album, Kendrick Lamar has joined forces with Jack Splash and the Queen of Hip Hop Soul herself, Mary J. Blige. "Now Or Never," a bonus track on the deluxe edition of good kid, m.A.A.d city, plays as
an audio biography, detailing how Kendrick's big dreams came to fruition. "I can feel the energy in the air. It feels like I'm supposed to be here," he says before Blige breezes through the hook as only she can, delivering some of the best vocals we've heard from her in a while.  Kendrick Lamar's good kid, m.A.A.d city also feautures production from Tha Bizness, Pharell Williams, Just Blaze and Hit Boy as well as guest appearances from Drake, Jay Rock, MC Eiht and of course his mentor, Dr. Dre. Look out for good kid, m.A.A.d city when it hits retailers everywhere on October 22nd.
Center