Nanna.B Wants To Give You Life & Sound With ‘Vitaphone’ 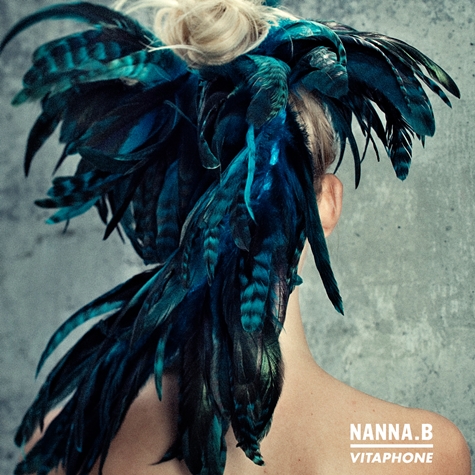 When we filled you in on Danish singer Nanna.B a few weeks back, I had no idea what more to expect from this songbird. I was happy enough with her music video for "Sum O' Sometimes" that facilitated my European vacation daydreams, and the track has been keeping me (and those daydreams) company since then. However, it turns out that this vocalist is no one-trick pony, and she is full of surprises. Not only has she just released her debut album, Vitaphone, this week, she's also making the entire album available for free download for this week only. Nanna describes the theme behind Vitaphone as wanting to create something that sounded "like a soul concert taking place on a trip to the moon," and upon first listen I'd say she's succeeded in that. I already had a strong suspicion that what I'd hear would be something special, but the more experimental tracks that take you on a cosmic journey and lean towards a futuristic jazz-soul sound are what I was not expecting and they have given me a whole new appreciation for Nanna.B. Truth be told, I was sold based on the stunning cover artwork alone. But isn't it a wonderful feeling when an album surprises you in a way that has you taken aback in a good way, rather than in a scrunch-your-face-up "what were they thinking" kind of way? Have a listen to the sounds of Vitaphone below and head over to Nanna.B's bandcamp page to get your free download while she's feeling generous.


TAGS:  audio, Nanna.B
Previous: Morning Soul: I Treat You High Post But You Play Me Close Next: Saunders Sermons Makes It ‘Rain’