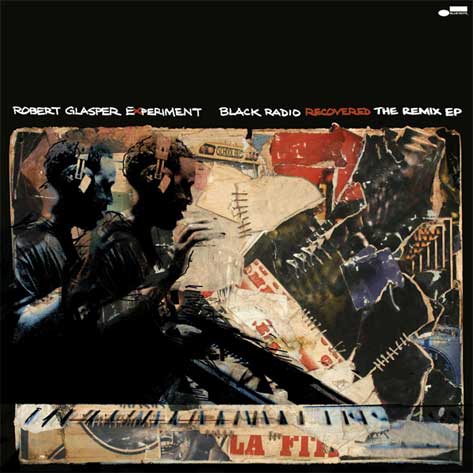 I've always been the type of guy who believes in not messing with a good thing. This especially rings true when it comes to the music in my immediate rotation. Robert Glasper Experiment's exceptional album, Black Radio, is that good great thing for me at this moment. Thank God for MP3s because a cassette tape would've long popped after the 500 spins I've given my favorite album of the year. So when I found out that Robert Glasper was reworking tracks from this masterpiece I was naturally weary of the outcome. I didn't even want to listen to these tracks for the reasons outlined above, but I definitely need to have more faith in this man's vision because the tracks that I've heard from his upcoming remix EP, Black Radio Recovered, have been just as good if not better than the originals. One of my favorites from the LP, the Yasiin Bey-assisted title track "Black Radio," gets a facelift from legendary beat maker Pete Rock whose pulsating bass groove beautifully meshes with Bey's flow. SBHQ is already buzzing for the final product and we trust that you'll quickly jump on board. Don't be scared to stream the track
below and look out for the release of Black Radio Recovered, which is soon to be wrecking cassettes in a boom box near you.