Prince Just Wants You To ‘Dance’ 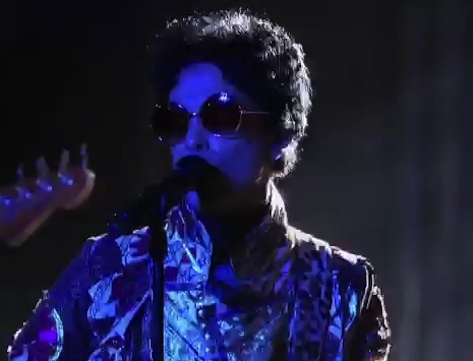 For all you Prince fans out there who, like myself, loved seeing him perform "Rock n Roll Love Affair" on Jimmy Kimmel Live, but thought that there was something about the song itself that didn't quite curl over missing, then this video of him performing "The Dance Electric" is just what you need in your life. ABC posted this bonus footage in full of his royal purpleness performing this track that ended that night's Jimmy Kimmel episode but got cut off, and Prince is just as funky as he wants to be. "The Dance Electric" was written by P himself and originally released by his former band member and bassist André Cymone in 1985, and in 2012 this joint is still the hotness, especially in those purple hands. For the Kimmel performance, the horn section and trio of background singers kick it up several notches, but its Prince who commands the stage with his virtuoso guitar playing and undeniable presence. Hit the bounce to see, hear and feel exactly what I mean. And have your dancing shoes ready. [H/T: DRFB]