The Seshen Have ‘A Case Of You’ 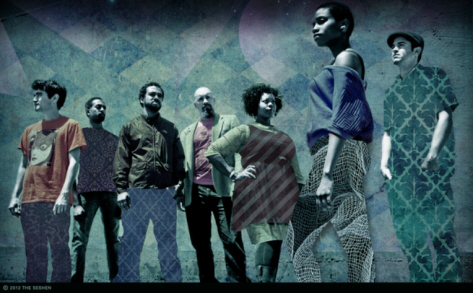 Eclectic Bay Area wiz kids, The Seshen are feeling a little "blue." Well, "blue" as in the title of Joni Mitchell's legendary 1971 album, which is getting dressed up in tribute splendor by SF Bay Area indie artist collective, UnderCover. Taking on the intoxicating heartbreak of "A Case Of You," The Seshen smear on a hypnotic synth vibe that engulfs you wholly, making this a refreshing slice of a homage. It's true that there have been a zillion covers of Mitchell's most recognized song and those who have stepped in the melancholic shoes -- from Tori Amos to James Blake to even the Royal Badness himself, Prince -- have walked just as beautifully. Our former Bounce-Worthy candidates join the same ranks of those who've captured the unwavering tone of love lost, bending and shaping it to be fully their own, but never snuffing out Mitchell's masterful lyrical wizardry in the process. It's truly the way a cover song should be. For a refresher of the original, peep after the bounce for a stirring 1974 performance by Mitchell, as well as take the time to indulge in "A Case Of You" the 2012 way below.


TAGS:  audio, joni mitchell, The Seshen, UnderCover
Previous: Is Eve’s Latest That Good Good Or Just ‘Bad Bad’? Next: ‘The Voice’ Gives Us A ‘Vision’ Of How It All Began