Azealia Banks Takes Us On A ‘Fierce’ Voyage To ‘Atlantis’ 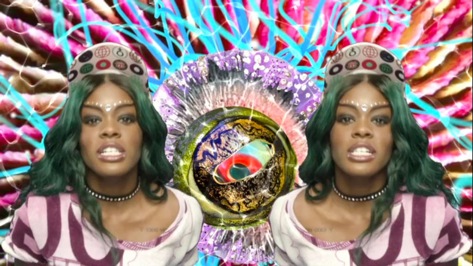 It took a minute for me to warm up to her, but I am now officially on Team Azealia Banks. Hip-hop's new It girl has not only caught my attention and that of her many fans, but she's also caught Madison Avenue's eye. Her undeniable style has snagged her deals with MAC for her own lip color, and she's also one of the spokeswomen for clothing brand ASOS for their #BestNightEver holiday campaign. Banks wears it well in a promo video for ASOS that utilizes her song "Fierce" from her Fantasea mixtape. She rocks her signature long plum locks and models various fashions while rapping during the spot. This isn't the only new look for Azealia who also released the music video for the track "Atlantis," also from Fantasea, over the weekend. Directed by visual artist Fafi, who coincidentally released a MAC collection a few years ago, these visuals take viewers on a fantastical voyage under the sea with Banks rocking turquoise hair horns, riding dolphins and inhabiting a colorful animated world with all manners of randomness going on. Watching both videos will only involve a less than four-minute time investment combined, and if you're anything like me will leave you wondering -- and looking forward to -- just what Azealia Banks is going to do next.
Center


TAGS:  ASOS, Azealia Banks, Fafi, mac
Previous: ‘Now’ Is Still A Good Time For The Legendary Dionne Warwick Next: ‘If Only’ You Would Spend Some Time Listening To Darien Brockington 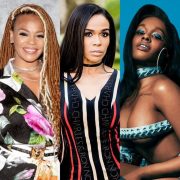 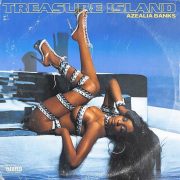 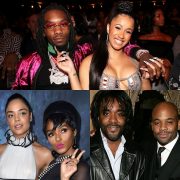 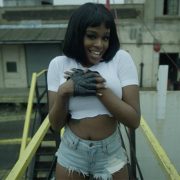