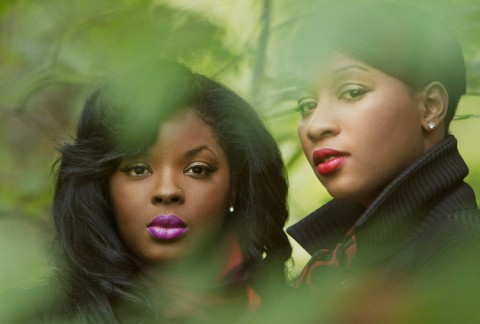 No, your eyes aren't deceiving you, that is Ms. Nicole Wray you see in the pic next to UK soul singer Terri Walker. Remember Nicole? Sure you do. In 1998, she had what we wanted and wanted we needed. You could say she made it "Hot." Now, all these years later, she seems to have come out of nowhere to join forces with Ms. Walker to create Lady. As it turns out, this collaboration has been years in the making, spurred by a chance meeting of the two minds in New York City three years ago. Together they bonded over their love for soul music and today's hip hop, and thought that together, they could bring something new to the market by merging their loves in order to develop a new sound. The first product testing the union and their concept is "Money." If you've ever had anyone with their hands a little too deep in your pockets, you'll likely enjoy this song. It's upbeat with an updated classic soul sound, true to the duo's vision. The song begs for a comical video treatment, so hopefully when it's time, the director doesn't cheese it up too much. The entire announcement of this collaboration came as a totally unexpected (and unasked for) surprise, but now that it's here, I'm already eagerly anticipating the next sounds to come from the group.