‘Give’ The Internet Some Of Your ‘Time’ 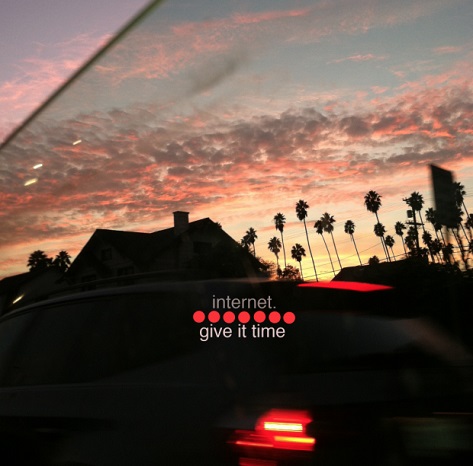 It's been a while since the musical stylings of Syd the Kid and Matt Martians, better known as The Internet, have graced our ears. One of the better acts to come from the Odd Future crew (besides golden boy Frank Ocean), the twosome's Purple Naked Ladies showed great promise -- even if all the ideas presented on the set didn't play out so well. Luckily, they won't leave us hanging any longer. After being M.I.A. for most of the year, the dynamic duo is back with new leak "Give It Time." One listen to the track, and you'll see that their time away has done them some good. The song, which will feature on their upcoming Feel Good EP, is steeped in a soulful, laid-back groove recalling the timeless R&B of days past. Syd's light, airy voice glides over the guitar-laced track like a silk scarf floating away in the wind, adding an air of wistfulness to the track's relaxing, slightly melancholy sound. The most important thing, however, is that it seems that they've managed some growth since their debut dropped late last year. While PNL had a few standouts, some of the best moments seemed like they weren't given enough room to develop. At 3:45, one the longest run times I've seen for one of their songs, "Give It Time" definitely feels fully realized. Of course, you don't have to take my word for it. Check out "Give It Time" below.