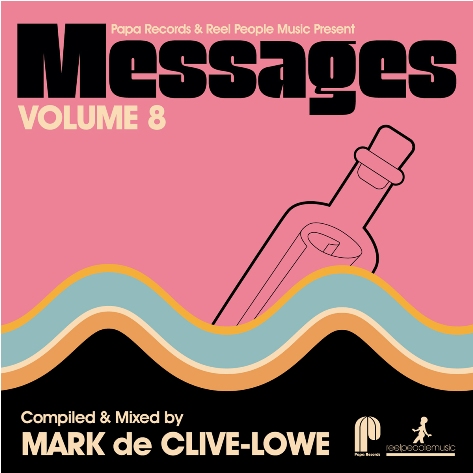 Papa Records and Reel People Music have teamed up with one of our favorite producers, Mark de Clive-Lowe, to unleash Vol. 8 of their Messages series. The premise is simple, ask a DJ/producer to compile and mix a selection of tracks either released by or associated with the DJ/producer in question or with the RPM/Papa Records stable of artists. The results in the past have always been spot on, so it comes as no surprise that MdCL manages to nail it this time around. With music from Mark, AAries, The Layabouts, Choklate, Incognito, Reel People, Osunlade and DJ Spinna, amongst others, this is guaranteed to get that party started off right. The full release contains 25 tracks, but you can sample a 16-track "preview" mix compiled by Mark himself right here.